Get 80% subsidy
Digitise your business now

How this came about and the ones behind it all.

We’ve been around for a year, and alot has changed since.

Scroll on to meet them
Meet the team

In this game, we have no equals.

Self-praise is no praise. We’ll just let you read all about it.

Here's a little snippet of what we're capable of

If this video is not playing, try turning off your "power saving mode" or "low power mode" and refresh this page!

While you’re busy planning your idea, someone is already working on it. Let us be your “someone”.

We’re not the type to settle. If you’re onboard, we’ll see it to the end with you.

We'll cover Data, Design and Automation for the most part of it! You'll love it, trust us!

A closer look into our team

What the team has achieved so far before we were assembled. Below are a couple of startups that the team members have scaled and taken to higher grounds.

The man who assembled the pioneering team together right before COVID Kicked in. He took the leap of faith to grind it out with his other peers in Devhaus. Data-Driven & Data-centric, he said when putting together his pioneer dream team. He desires to create a highly versatile and driven core team, and with this, the first batch of Devhaus team was formed in 2020.

About him: Daz has been heavily involved in a series of early-stage ventures - ranging from F&B, to Big Data, to HR Tech. He has participated in startups ranging from Pre-seed to Pre-series A - working with 3 different senior management teams in his 7-year career span. His career took a spike in the tech-industry when he was appointed as the CMO in Carmen automotive - a big data automotive startup aiming to spark a new age predictive analysis in driving behaviours of fleets and individual drivers alike. Carmen was backed by the National Research Foundation (Commissioned by the Prime Minister's Office) in their earlier rounds, alongside other VCs such as TRIVE. Carmen won 3rd place in the Sinagpore Mobility Challenge, which was participated by startups worldwide in the automotive tech industry. Daz later moved on into TalentTribe to join Stephenie Pang and Sharon Yeo, an Ex-Bain & Co. professional, in her venture as their Head of Growth. TalentTribe was chosen as one of the startups in the Accelerating Asia's cohorts. They were in the game to aid millennials research different companies & careers, get inside look into different companies' culture, office, people and day-to-day work life, apply for jobs & internships, as well as access killer resources to level up their job search & career game. They've managed to onboard industry leaders and conglomerates to participate in their job platform early in the game (Changi Aiport Group, Singtel, Phillips, Jardines and more).

Since then, Daz has moved on to form his own division - Devhaus, focusing on Product Management and Growth. He wanted to help more founders create better MVPs faster and validate at the leanest cost possible - this will help innovators change the landscape - having better ideas move into market efficiently without breaking their wallets. He has his own aim to start up his own VC someday with his core team in the near future and move into 3rd-world countries to help facilitate Founders in environments with lesser access to resources and funds.

The man who assembled the pioneering team together right before COVID Kicked in. He took the leap of faith to grind it out with his other peers in Devhaus.
See more
keyboard_arrow_down
Minimize
keyboard_arrow_up

Chief Marketing Officer
Evaluation - Pre-Series A As of 2019

Carmen is a Big Data Automotive Startup that seeks to disrupt the automotive insurance industry by providing a more accurate data of drivers & vessels alike.

Head of Growth
Evaluation - Pre-Seed As of 2020

The go-to destination for jobseekers in Singapore to research companies & careers, and apply for jobs & internships.

The team that you work with 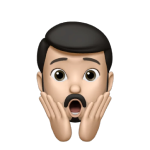 Ryan is pursuing his Master's in Indonesia's top state University while juggling his job as a graphic designer at Devhaus. With 4 years of experience as a Brand Manager under his belt, he takes pride in designing logos for company that bring across their mission and vision. A picture paints a thousand words - but his logos paints a thousand stories. When he's not designing logos, he will be immersing himself in great music or a good game of football. 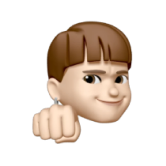 A Sociology Graduate turned Growth Engineer, relying on his insights to human behaviour to optimise businesses. Until proven successful, his ideas are crazy beyond marketing norms. But when it works out, you will start looking at him like a he's a marketing genius. 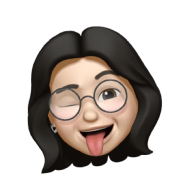 Having spent most of her life aweing at amazing animations, Nath took it upon herself to replicate the magic we see behind our screens. The journey to turning her dreams into reality wasn't an easy one, but is filled with satisfaction that cannot be brought upon with any other 9-5 jobs. She loves what she does, and hopes to inspire more of her kind.

Having spent most of her life aweing at amazing animations, Nath took it upon herself to replicate the magic we see behind our screens.
See more
keyboard_arrow_down
Minimize
keyboard_arrow_up 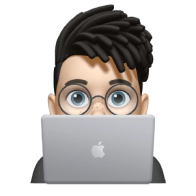 Davis is a jack of many trades, and is working towards being a master of them all. The last thing he'd want to be known as is a "one-trick pony". He dabbles in many aspects, all of which he takes great pleasure in. When it's time to do work, he's the guy that excels as a Mobile Developer at Devhaus. Outside of work, he's a gamer, a music enthusiast, and most importantly a problem solver. What others may struggle with, he relish in the process of resolving. 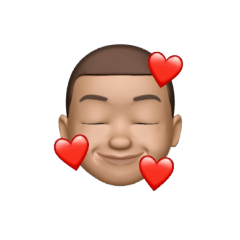 A life-changing transition from English Literature to programming turned Galih into a man of many skills. After all, they're both big on languages - just a different kind. From English to Javascript, there isn't one language that proves too difficult for him. His love for computer technology is further amplified when he started turning visions into reality with his work at Devhaus. When he is not working, football and games are his greatest joys. Oh, and of course, his daughter too. A great programmer, and an even better father. 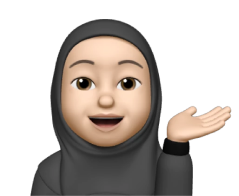 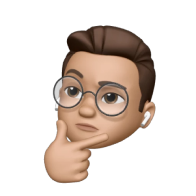 A wizard behind the screen, a leader behind his rugby team. Work and sports akin, House has only one mentality - make it happen. It's hard to summarise what he does in a day at work, because he is always moving around, making sure everything functions as it should. He feeds off his ambitious nature to fuel his day-to-day operations. "If there are so many things I'm trying to achieve, I better make sure I work hard enough to see all of them to fruition."`

A wizard behind the screen, a leader behind his rugby team. Work and sports akin, House has only one mentality - make it happen.
See more
keyboard_arrow_down
Minimize
keyboard_arrow_up 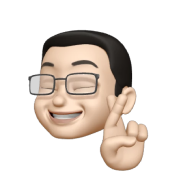 What if you could build something from scratch, and because of what you've built, the world becomes a better place to live in? This is how you can summarise Gregory in a sentence - minus the 'what if". He is bent on building a better world, one line of code at a time. Technology has been, and will continue to disrupt society and the way humans used to live. But nobody said it couldn't be for the greater good.

What if you could build something from scratch, and because of what you've built, the world becomes a better place to live in?
See more
keyboard_arrow_down
Minimize
keyboard_arrow_up 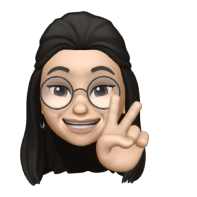 Graduating from Multimedia Nusantara University with a Bachelor's Degree in Design, Fitri began her journey as a Designer. When she's tasked with a job, you can consider it done. She will never sell you short, and any designs she delivers will only match your expectation - or exceed it. Her hustle goes beyond a grind for the money, as she wishes to be rich on the outside - and more so on the inside. To be rich in her skillsets, richer as a mentor.

Graduating from Multimedia Nusantara University with a Bachelor's Degree in Design, Fitri began her journey as a Designer.
See more
keyboard_arrow_down
Minimize
keyboard_arrow_up

Love what you see?

Good energy is contagious. When you work in an environment of hustlers, hustling becomes part of your DNA.

Work can get stressful, real talk. But our daily exchanges of banters keep us sane. Realer talk.

We're very much open to remote working, stay in touch with us if you'd like to jump on the band wagon!

More on us coming your way soon!
Oh no! Something went wrong while submitting the form. Please try that again 🥺

The world is getting smaller thanks to technology. Well, that works out nicely in our favour - because we’re planning to take over the world.